The Rosemead Herd of Aberdeen Angus Cattle was established in 1936 by Percy Stovold, already a successful cattle breeder, who realised the Aberdeen Angus potential on Surrey's light land. Their easy fleshing, combined with their size and ability to graze a wider range of fodder made them the ideal choice. 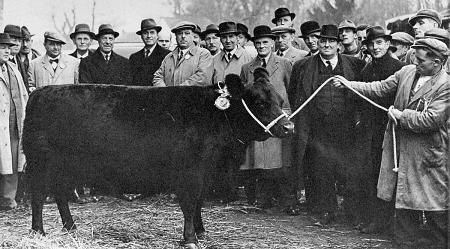 The herd he originally purchased in Perth, Scotland, was hidden for two years in what is now the Refectory Restaurant, Milford, Surrey. His father, who had questioned the viability of Aberdeen Angus, was amazed when the new herd did a tour of English shows in 1938, including the Royal, winning many of them. 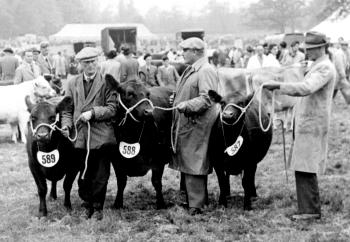 It became a leading herd, and is now one of the largest in the country at over 500 head of cattle. The award winning bulls that influence the herd are regularly shown, and these four (below) appeared at the Surrey County Show in 2003. 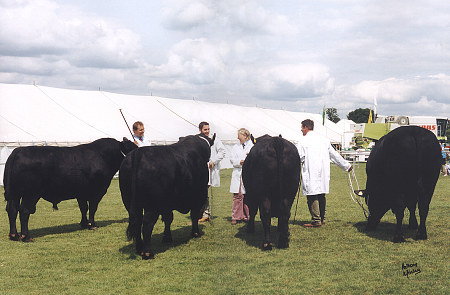